Don’t you just hate it when a movie or a game ends in a cliffhanger? It’s like something remains unfinished and you have to wait patiently until producers decide to continue the story. Well, thankfully, it didn’t take that long to release Halo 3, which is nothing else, but the ending to Halo 2. So, if you’ve never played Halo, or you just played the first one, you shouldn’t jump to 3. Of course, that is if you want to learn the story!

Halo, with its all 3 versions released up until now, represents a huge step in the video game industry. This is one of the games that introduced exciting stories to gameplay and started to create entire worlds that are worth our attention. Up until Halo, most first-person shooters were completely mindless and the action was based only on shooting. So, if you’re into Halo, you are playing a classic.

A bit of history & some generalities

Halo 3 is one of the most well-known first-person shooter video games in the Xbox 360 (and Xbox One) collection. The game was developed by Bungie and is part of the Halo franchise which started in 2001. Halo 3 was released in September 2007 and, since then it occupied a special place in the hearts of gamers everywhere.

The story is focused in space and the action moves around an interstellar war between humanity in the 26th century and a wide range of alien races which together form the Covenant.  You’ll get to enjoy lots of space vehicles, weapons, and amazing gameplay elements that make the game fun and exciting. 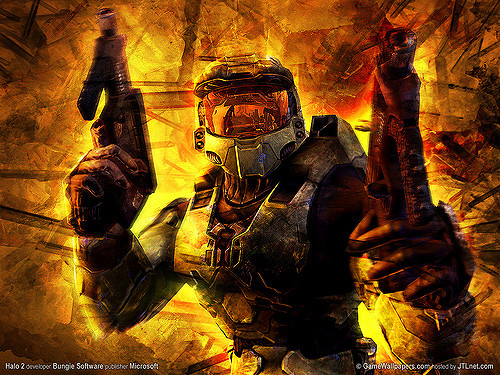 First and foremost, Halo 3 is a shooter game where your main duty is to find the alien and shoot them. Even though the action is set in space and you are at war with aliens, most of the action will happen on foot. Still, don’t be disappointed! You will have your chance at driving cool vehicles and participate in combat.

Users have the possibility to either combine the firepower of two weapons or use a support weapon which can be handled with two hands. The latter may slow you down, but it will provide increased firepower which may be advantageous in certain situations.

Halo 3 brings a new gear category called equipment and you can choose between items like defensive screens or a wide range of flares. However, you can choose one equipment item at a time. Even more, you can use a Forge to insert or remove weapons, vehicles, and crates in multiplayer maps. If you ask us, this is quite an interesting addition!

Halo 3 allows for co-op and single mode through Xbox Live or System Link. You can also have multiplayer matches that accept up to 16 players where you can implement custom rules and maps. Regardless of the number of players, there will always be one Master Chief and one Arbiter helping the humans in the fight against the Covenant.

The story behind the game

We discussed action, weapons, and modes, but we didn’t actually cover the story. So let’s discuss a bit about what makes the Halo franchise so great.

The action starts in the African jungle, where the Arbiter and Johnson find the Master Chief after he crashed there. They start the fight against the Covenant in the jungle and reach a portal which leads them to the Ark – a giant artificial structure outside the Milky Way Galaxy. Up until the protagonists find the Ark and long after that, they have to fight the aliens in the Covenant. Their main task is to stop the aliens from destroying the human race.

Comments Off on Halo 3 Review: The Story Continues