Who hasn’t heard of Minecraft? You don’t even have to be a gamer to know that Minecraft is a huge deal in the world of video games. The game won numerous awards and it has over 40 million unique players all over the world. Even more, even though the original version was released in 2011, the game doesn’t seem to get old or boring.

No, you won’t get to see amazing images and admire immersing visual effects that will leave you breathless. No, you won’t have to fight monsters and bosses that will make your palms sweat. So what’s so great about Minecraft?

Well, the game is based on a never-ending world where you get to build, explore, gather resources, and even fight enemies. Yet, everything happens in a blocky world, where everything looks pixelated and square. Why is the game so popular then? Well, the action is addictive because it allows you access to unlimited resources and challenges your mental capabilities and level of creativity. Minecraft lets you play God and create your own block-shaped world while developing skills like organization, patience, and goal achievement. 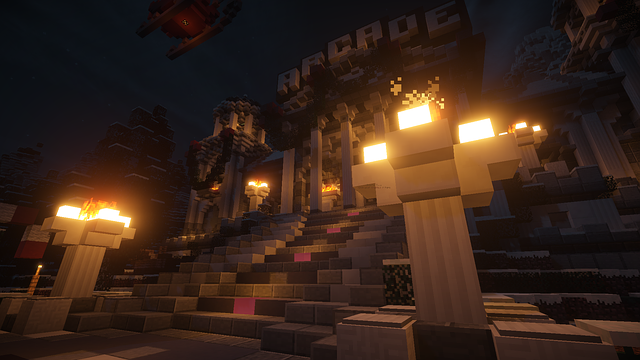 To spice up the action, there are several modes that will give you a different perspective of the game. Thus there are:

Minecraft as a Multiplayer Game

You couldn’t expect such a popular game to not have a multiplayer mode! There are servers that host worlds where multiple players can work together. Servers can be hosted by individual players or organizations and operators have a role in guiding the game. Of course, you can create unique rules on a server-hosted world. You can even arrange PvP combats.

In the end, Minecraft is one game that is here to last. It is an infinite world that offers an inexhaustible range of activities and resources.

Comments Off on Minecraft